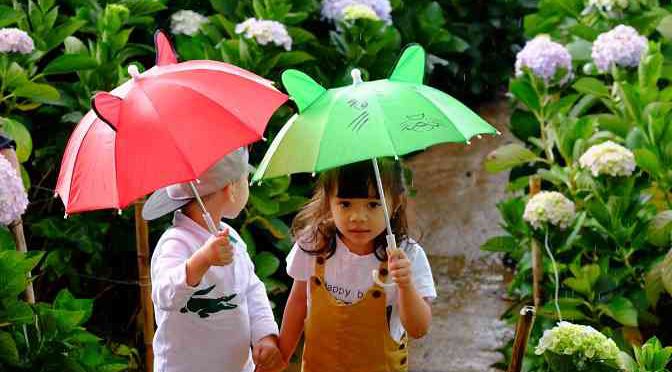 The atmosphere was abuzz with the boisterous banter between them. They giggled. They crackled. They chortled. They rolled. She hurtled around the park tickling the other kids, while trying to escape their tickles.

All of a sudden, her eyes fell on an ice-cream vendor stationed across the street. She had a sore throat. Monsoons had kicked in and the season change also brought with it different kinds of viruses in a package deal. She wondered – to have or not to have?

She decided to follow her heart even though she knew she would get chided at home for doing this. She had some cash and a few coins in her tiny wallet. She did a quick calculation to determine that this would suffice for everyone to get a share of the appealing ice-cream which was waiting to be relished. Holding hands, they all elatedly walked up to the vendor and requested for different flavours – Mango Dolly, Strawberry and Chocolate Cone – with animated gestures.

As they licked and smacked their lips, satisfaction flashed spontaneously on their gleeful faces. The ice-cream did not just satiate their stomachs but was all over their noses, mouths and cheeks; even staining their clothes. But, above everything, it filled up their hearts.

As soon as they turned around to return to the park next to their housing society, it started drizzling. The minuscule droplets of water soon transfigured into a heavy downpour and they began to scuttle away to avoid being completely drenched. But, she had something else in mind. She jumped in a puddle of muddy water and splashed it on one of the kids. He returned the gesture and soon the entire gang was jumping. They were soaked in rainwater and mud. They were soaked in the carefree happiness of childhood.

Soon, they could hear the voices. It was time. Some of the mothers were calling out to the kids from the balconies, firmly asking them to come back home soon. A few were down with umbrellas which would serve no purpose anymore. There was an urgent call for her too which she had anticipated.

“Naina, Mom is home. Come back fast. You had said fifteen minutes; it is almost an hour now.”

As everyone entered the apartment lift, Naina bid them Good-Bye. She proceeded to take the staircase because she wanted to make the most of these moments. After all, in a few seconds, she would be back to donning the other facets of her life – the corporate go-getter, the doting mother, the caring wife, and the compassionate daughter-in-law. While setting foot inside her home, she bid one last Good-Bye – to the child within her, promising to meet her again soon.