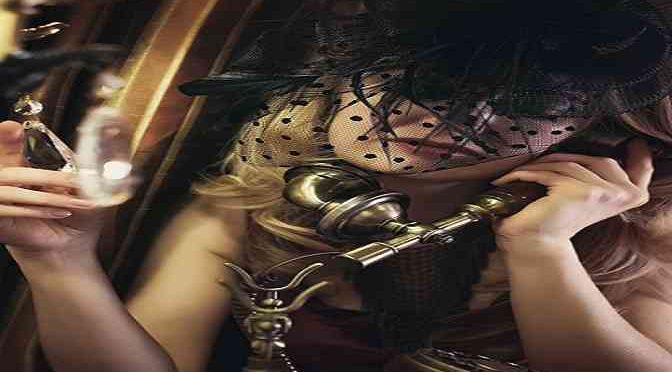 Mother – the very mention of this word invokes deep emotions in our hearts. A mother is associated with veneration, strength, unconditional love and warmth. Our society places a mother on a pedestal, but does this same society demonstrate adulation and admiration for every mother who deserves it?

During my stint as a volunteer with an NGO, I was fortunate to have had the privilege of meeting some extremely wonderful and inspirational individuals. Each interaction that I had with them has been a life lesson and has been instrumental in making me the person that I am today. That was the time when my friendship with Reshma, an employee of the NGO, happened. I believe that just like there are soul mates, there are also soul friends. These are the friends with whom we feel an instant connection; these are the friends who become an integral and indispensable part of our lives even before we get to know them enough. Reshma is my soul friend who is an inspiration in every sense of the word and she is someone who stands by me like a rock come what may. I thank my stars that I got an opportunity to bond with someone like her.

It was one of those arduous days at work. We had been immersed in designing an awareness campaign related to society’s role in the rehabilitation of sexual abuse survivors. Over a cup of piping hot coffee, we got chatty and began reminiscing our past. It was then that I became cognizant of her awfully tragic and gut-wrenching story. Born into a poverty-stricken family which retired to bed famished on most days, she was sold to a fresh trade dealer at the age of 14 by her father who was in desperate need of money. She endeavoured hard to escape by all possible means, only to fail miserably each time. If only it was that easy to get away from the clutches of the murky world she had involuntarily become a part of! After years of attempting to flee, she was almost on the verge of losing hope and had begun to accept the dungeon of trafficking as her fate. But, by a sudden twist of fortune she was extricated by an NGO which had orchestrated a rescue mission with the aid of police in the brothel where she was held captive.

Just when Reshma thought that finally her life might be taking a turn for the better, she discovered the horrifying truth that she was pregnant and evidently, she had no clue about who the father of the child was. She had the option to terminate her pregnancy as per the advice and assessment of the medical professionals associated with the NGO that rescued her. But something inside her prompted her to continue with the pregnancy and gave her the resilience to become a mother at the age of 18. At last, she could foresee a purpose in life and decided against abortion. She gave birth to a healthy baby boy in the rehabilitation centre of the NGO and was supported by them unequivocally. When her child turned 2.5 years old, she managed to find a job for herself and moved out to a rented dwelling in a locality close to her workplace.

Leaving her son at a day care, Reshma would toil hard to make both ends meet. She was focused on ensuring a positive, happy upbringing for her child. She could not figure out how, but a couple of people in her neighbourhood got an inkling of her past. She guessed that one of the men who lived in the vicinity had been her “customer” as he had seemed familiar to her. Soon tongues started wagging and the contemptuous glares cast at her by society became commonplace. People started labelling her and their words often spewed venom. She didn’t care two hoots about what anyone thought of her, but feared the impact of all this on her son. Soon the sneering comments and profanities hurled at her started affecting the little one. As he grew and started going to school, he became a cranky child who blamed his mother for all his miseries. His resentment stemmed from the fact that his friends often mocked him. Reshma was devastated but she always kept trying to elevate her crushed spirit because she did not want the bitterness inside her to get passed on to her child. She patiently tried explaining to her son about how people were erroneous in their attitude and that it didn’t matter whoever his father was. She was confident that one day her son would understand her situation and would come around.

Is Reshma any less of a mother than all of us? How unfair and shallow are we that we blame and shame a mother just because she was a sex worker, and that too when she was coerced into being one? She went through the same excruciating pain during the birthing process. She nurtures her children selflessly just like every other mother. Yet, she is not held in high regard and instead is considered an ignominy.

Today, Reshma and I are close friends and I am forever grateful for having been blessed with her companionship. As a mother, whenever I feel overwhelmed or irritated or fatigued, I think about her and her hardships. She never lets the baggage of her past cast shadows on her present. She inspires me every day not only to be a fine mother, but a sensitive and strong human being too.

In the present day, Reshma has found a partner who loves her soul and slogs along with her as a social worker. Together, they bore a girl child a few years back. The elder son is now 8 years old and the younger one is 3 years old. Through constructive parenting and her optimistic attitude, she has managed to transform the mindset of her son. Though people have put an end to their direct sardonic remarks, she knows that sometimes they still talk about her in hushed tones. But, she is least bothered and is content with her family life and her social work. She has also cut off ties with her parents and is not in touch with them. The mother who was not revered is one of the biggest motivators in my life!

Author’s Note: This is a true story and my friend’s name has been changed in this article to protect her identity.

//This article is the winning entry for the Momspiration contest conducted by Momspresso and is available at the following link.