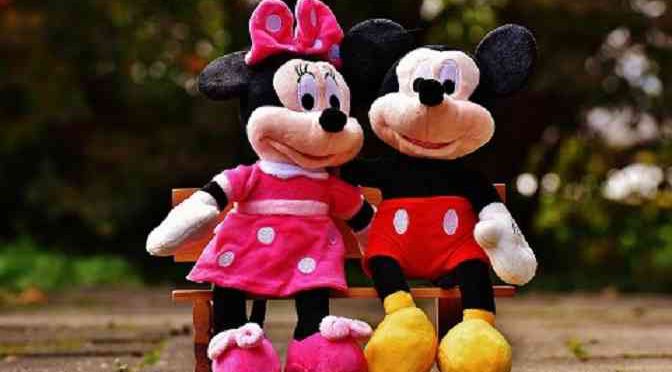 “I only hope that we never lose sight of one thing — that it was all started by a mouse.” – Walt Disney

Disney is almost synonymous with childhood, isn’t it? Since generations, the Disney characters have been adored by one and all, and I witness this love being passed on to our kids too. While there are several admired and popular cartoon characters, there is no one more endearing than Mickey Mouse. So, when we were invited by a friend to a Mickey Mouse themed party, I was elated and was ready to walk down the memory lane with my toddler.

When I received a call from my friend, she informed me that she was throwing a lavish party to celebrate her daughter’s triumph in the International English Olympiad. She also mentioned that this would not be the customary run of the mill success party, but it was going to be based on Mickey Mouse theme. The idea sounded exciting to me and I was keen to know how this fantastic plan took shape in her mind. She talked about how her daughter was a huge enthusiast of the Mickey Mouse Clubhouse show that’s telecast on Disney Junior. In the show, Mickey, Minnie, Pluto, Goofy, Daisy, Donald Duck and many other Clubhouse friends help young viewers with shapes, patterns, numbers and other educational activities. It is this adulation that prompted her to plan a surprise party for her daughter to make her feel special.

There was a color theme for the party, and all of us wore bright colours like red, yellow, blue and black. There were many self-created posters and sketched portraits of Mickey and his friends. My friend is quite fond of drawing, hence she recreated the entire venue by putting up self-sketched posters. The party hall was marvelously decorated with red and black colour balloons with polka dots. There were also a few balloons shaped like Mickey Mouse that added appeal to the overall look and feel of the setting. A large birthday banner welcoming all guests to the party was put up near the entrance. Kids as well as adults posed in front of the posters and had great fun clicking pictures there. My toddler who was not well aware of Mickey Mouse was animated about exploring the party to her heart’s content. I felt pleased to see her take pleasure in the characters that have been a memorable part of my growing years. She not just got to know about Mickey Mouse, but also learnt about Minnie Mouse, Donald Duck and Pluto.

Apart from the decorations, there were a lot of other elements in the party that caught my eye. My friend drew and painted a Mickey Mouse poster and stuck it on a cardboard in order to reinvent the age old game of pinning the tail. Children had to pin the ears of Mickey while they were blindfolded and they thoroughly enjoyed this game. They laughed uproariously every time someone marked the ear in a wrong place. Kids participated in a treasure hunt in which they had to rummage around to find chocolates hidden at various places in the hall.

After all the fun and frolic, it was time for cutting the cake to congratulate and cheer for the star of the party, my friend’s daughter. The cake was attractive and vibrant and tasted divine. Post cake cutting, it was time to gorge on some delectable snacks, and there was again a surprise in store for the kids. The entire cutlery set – plates, spoons, napkins and bowls – was in line with the theme. The cupcakes were red in colour (because these were red velvet cupcakes) to go with the colour theme. You can only imagine the expression of delight on the faces of all children when the cupcakes were served. Needless to say, those were all devoured and gobbled up in a jiffy.

When it was time for us to leave from the party premises, none of the children were ready to go home because they were having a blast. I was pleasantly surprised to see that my friend had arranged for return gifts even though this was not a birthday party. My daughter loved her gift which included Mickey Mouse pencils, stickers, colouring books and a sling bag. She demanded that she would carry the sling bag to school going forward instead of her regular school bag. Aah, kids! I thanked my friend profusely for the wonderfully planned party and for the humungous efforts she took to take care of every little detail. This is one party that we will always remember fondly and now I am inspired to try this theme for my daughter’s next birthday.

“When people laugh at Mickey Mouse, it’s because he’s so human; and that is the secret of his popularity.” – Walt Disney

// This article has been sponsored by Disney Junior and was first published on Momspresso and is available at the following link.