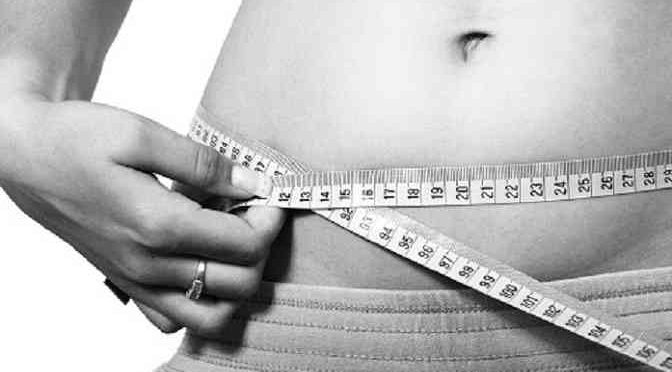 Kalki struggled to shove the dazzling embellished azure Kurti down her body. She glanced at herself in the mirror. Less than two years ago, she was inside the same trial room, effortlessly slipping into clothes two sizes smaller than the one currently in her hands. Before she could meander further into the past, she was called out for frantically by her present.

“Kalki, are you done? Aarav is getting cranky and wailing too loudly.”

“Yes, give me a minute Akash.”

As Kalki tried to placate her adorable and impish 8-month-old, she noticed that Akash’s gaze was fixated on the lady standing beside them in the lift of the shopping precinct with a tiny tot in her arms. Donning a striking red maxi dress on a body with just the right curves, she looked every bit alluring. Kalki was in awe and wondered how some women manage to have the perfect figure even after childbirth. She let out a deep sigh and followed Akash who was headed towards the basement parking lot.

“Which restaurant do I have to drop you at? And don’t forget to come back home on time. I don’t want to be late for my official call.”

“Mainland China. Yes, I will come back on time and in case Aarav is too grouchy, just give me a call.”

Kalki was keyed up to meet her dearest college chums, Prisha and Shakti. Though she was a bit apprehensive about whether Aarav would be fine without her, she was also looking forward to her first little break since the time motherhood had happened. She had managed to convince Akash to look after Aarav, who agreed to do so for only two hours because, as usual, he had to attend an important official call with his onsite project team.

Aarav was blissfully slumbering in the car seat and Kalki planted a peck on his apple cheeks before taking rapid giant strides towards the restaurant. Prisha and Shakti were already inside and the girl squad greeted each other with a harmonious “Hi!” and locked each other in a tight, warm embrace. They were so busy chattering and giggling and chortling that they realized much later that they had forgotten to place their order for starters. After they had decided what they wanted to gobble up to satiate their rumbling stomachs, Kalki signalled a waiter in close vicinity to come over.

“One plate vegetable tempura and one plate crispy chilli potatoes.”

“My mouth is already watering.”, whispered Prisha with a sheepish grin.

“And I thought someone was dieting.”, teased Shakti.

Shakti had been observing that there was something slightly off about Kalki’s demeanour. She had always been the most sensitive and perceptive one amongst the trio. When she prodded Kalki to open up, after the initial dismissal, it didn’t take long for Kalki to pour her heart out to her closest buddies.

“I don’t know why but I think my relationship with Akash has been spiralling downwards since the time I gave birth to Aarav. It is not just about lack of time for each other. We seem to have lost the connection and there is absolutely no romance. I just feel like he does not love me anymore. I don’t see adulation in his eyes for me. Maybe my unattractive form is repelling him.”

“Oh! That happens with everyone. Do not worry. Don’t ignore him because of your baby. Focus a bit on your looks and start dieting and exercising now itself. Try to make him feel special in little ways. Then see how he comes behind you like the rats in pied piper,” suggested Prisha laughing at her own waggish simile.

“Oh please!” remarked Shakti chiding Prisha over her advice for Kalki and dismissing it as balderdash.

“Prisha, what gibberish are you muttering? You know this is one of my biggest pet peeves. When a woman confides in someone that post delivery her relationship with her spouse has been impacted, the usual advice she receives is to work on her looks and make him feel special, and give him attention, maybe even mollycoddle him. Like seriously are men overgrown children? Or are they sensible adults? Maybe such an advice is well meaning but it is unfair. How about suggesting them to talk it out like sensible adults instead? How about letting the man know what is really the cause of the woman not being able to give any time to him? Maybe she is bogged down by the responsibilities and pressures of motherhood. Maybe she is suffering from post partum depression and needs urgent help. Maybe the man is struggling to adjust with the changes. It could be anything! I don’t say that the couple should not be advised to have their own quality time together, but why do we simply trivialize this issue and think that just enticing the husband is going to solve the problem?”

“Shakti, sorry my thoughts are not as deep as yours on such matters but I just said what I think is practical,” justified Prisha.

Kalki feared that this conversation could turn into a heated squabble. She stepped in and insisted that they forget about this topic because she did not want to squander the precious little time that she had over this discussion. Reluctantly, Shakti agreed and they spent the rest of the afternoon chatting away in glee and reminiscing the good old days. Shakti was supposed to drop Kalki home and she had decided to speak to her again on the way. But to her dismay, Kalki was engrossed over the phone almost throughout the entire car journey due to some urgent work.

Once they reached Kalki’s swanky apartment complex, they found that Akash was at the main gate itself sauntering around with Aarav in the stroller. Akash and Shakti exchanged pleasantries and began to have a casual tête-à-tête.

“By the way, Shakti, I must say that you have maintained yourself quite well even after bearing a child. I think we had twins and the doctor forgot to take out the other child which is still in Kalki’s womb,” mocked Akash and roared with laughter.

But none joined him. Shakti was livid as well as uncomfortable. She shot a fleeting look at Kalki whose expression clearly indicated how embarrassed and hurt she was by the comment. Shakti wanted to give it back to Akash but she held back because she did not want to make matters worse for her friend. She just mumbled a half-hearted goodbye and stomped off towards her car.

Later that evening, Shakti dialled up Kalki’s number when Aarav was snoozing. She came to recognize how Kalki’s confidence had been marred completely because of her body that had transformed post pregnancy. Between sobs and hiccups, Kalki confided in her and shared that she had tried to pursue an apt diet but because of breastfeeding, her efforts in keeping up with it proved to be futile as she often felt ravenous. She also attempted to exercise to improve her fitness level but was unsuccessful due to fatigue resulting from sleep deficit and single-handedly taking care of Aarav. She had begun to envy the fit moms in her neighbourhood and this feeling only added to her miseries as she felt awful about it. She felt snubbed because of Akash’s constant jibes about her physical appearance but she agreed with what he kept telling her. She believed that she was actually too fat now for anyone to find her attractive.

Shakti lent a patient ear to her friend and let Kalki vent out her pent up emotions. She then tried to reassure her and make her realize that she need not feel ashamed about her body and that Akash was in the wrong.

“Kalki, please don’t cry. I can completely understand your sentiments. But think of this yourself. It took 9 months for your body to gain all the good weight during pregnancy, then how can one shed it in just a few months? Every person has a different body type. Our systems are different. Some tend to lose weight faster than others, but so what? Does that define us? You, of all the people, think that your body defines your essence? I agree that fitness is important for sound health, but mocking someone for their body structure is downright disgusting. And I absolutely despise the way people suddenly expect mothers post delivery to get back to their original shape. Not just our bodies but our whole life goes through humungous changes. We bring a new life into this world after all! Forget about other mothers please and stop comparing. You are not them and they are not you. What has Akash done himself to give you time for some self care? He wants you to take complete responsibility of the child and then wants you to be the trophy wife whom he can boast of? Sorry to be blunt about this but he is being insensitive and is behaving like a jerk.”

Shakti’s prudent and soothing words had made place in Kalki’s mind and for days after their conversation, she kept thinking about it and mulled over her relationship with Akash. It is incredible the way our friends can make us see the obvious and bring out the best in us. Kalki wanted to have a guileless discussion with Akash and decided to bring it up after the dinner party that was planned at their residence for his colleagues.

The guests were home and Kalki was toiling in the kitchen to prepare Dahi Kababs and Bread Rolls – appetizers which were her specialties. Fortunately for her, Aarav had been sound asleep since the last couple of hours which meant she could give undivided attention to the food preparation. Kalki was passionate about cooking and loved treating others to her delectable delicacies. Akash’s friends were devouring the starters and were amazed by the presentation too. One of his close comrades appreciated Kalki over the shape of the kababs, stating that they were perfectly rounded, as if formed using a stencil.

“Oh yes! Agreed. These are perfectly round just like you Kalki,” commented Akash and lifted his hand offering a hi-5 to his friend who did not seem amused.

There was an awkward silence and Kalki rushed towards her bedroom. Akash was fuming and followed her to confront her. Kalki was dressing up Aarav and putting stuff inside her handbag. He was perplexed and probed her about what was she up to. He offered to go himself if it was to purchase ingredients for dinner, but Kalki’s response hit him like a thunderbolt.

“Akash, I am going to Shakti’s house. I might be late. Don’t worry about us, she will drop us home.”

“What? And what about main course? Who will prepare it?”

“Well, I don’t know. They are your friends so do whatever you deem is right.”

“Are you insane? What kind of behaviour is this? And how could you make such an insulting comment on me in front of my friends? I was only joking but you overreacted.”

“You cannot respect me and expect me to cook for your friends? Just think about how I feel when you keep taking potshots at my figure. Just one comment from me made you so irate. I had no choice but to say that otherwise you would have never understood. ”

Kalki tramped out of the room with Aarav scooped in her arms slamming the door behind her. With this, she had shut the iniquitous norms of body shaming out of her life.

// This story is the winning entry for “Muse of the Month November” contest conducted by Women’s Web and is available at the following link.