Dr. Shashi Tharoor is an Indian politician, a former United Nation diplomat who is currently a member of Indian parliament (Lok Sabha). He is also an acclaimed and an amazing writer who has authored over 16 bestsellers, all of them centered on India’s history, culture and politics.The Inglorious Empire is a manifestation of the British legacy of imperialism and oppression which gives a bitter account of India’s devastation by its Colonial masters. 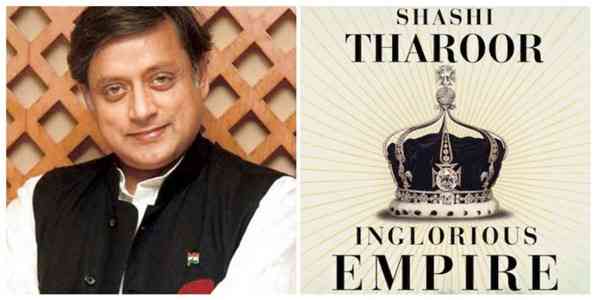 Shashi Tharoor, the author is known for his fiction and non-fiction works. He is also a globally recognized speaker on India’s economics and politics. He is the author of hundreds of articles and columns published in The Indian Express, The Hindu, The Times Of India and many other global publications.The book reiterates and reincarnates the planned exploitation done by the Britishers in India in a very factual and self-explanatory way. Some of the major themes and ways in which the Britishers oppressed the Indians are mentioned by the author in the book which includes:

British Loot: The author states about how the imperialist rule in our country led to the downfall of our Indian economy. The book mentions the various deceitful methods that were used to deindustrialize the Indian textile industries and further how the industrial revolution in Britain was made successful by discouraging Indian industries.

Gifts from the masters: Dr.Tharoor convincingly smashes the myths about the British having civilized the Indians and also of them having given us the gift of railways, and that when they left in 1947 they left a fully functional democracy. He argues and makes clear facts to prove the exaggeration wrong by stating that it was all done only to maximize their profits from India.

Racial problems: The Imperial and colonial masters of ours not only devastated our economy but also devoured the Indian newspapers and put severe restrictions on their operations. Dr.Tharoor also mentions the vile racialism of Winston Churchill, how they used religion to divide and fostered the two-nation theory and how the famines of Bengal became an example of British holocaust.

The book Inglorious empire: What the British did to India has had a remarkable journey till now. The book puts forward the timely and necessary reminder for the British to teach the harsh tools used by their forefathers to finance their economy. Also, the author demolishes the Indian views that our masters have civilized our society, gave us the rule of law and provided us with the technical advancements, with pure facts and conviction. The book is a pure delight for the readers and Dr.Tharoor never misses his point. As you read the book, notice the efforts of the author to write a bold, incisive and a critically savage account of 200 years of British in India. Dr.Tharoor’s sarcastic and eloquent language makes the read more of a discussion from the past with the unmentioned inglorious reality of the British Raj in India.

Nilanjana Roy from The Financial times mentions that with his polemics and his book, Tharoor may have created a resurgence of interest in this 200-year-old period of Indian history.

Salil Tripathi, Chair of the Writers in prison committee, PEN international also reviews the book as brilliant, stating that it is a searing indictment of the Raj and its impact on India.He also mentions that it is a required reading for all Anglophiles in former British colonies and needs to be a textbook in Britain.

Literary Review credits Tharoor of his writing and acclaims it as a delight and that he seldom misses his target.Tharoor should be applauded for tackling an impossibly contentious subject and he deserves to be read with Indians not only the ones who need reminding that empire has a lot to answer for.

Also, the book is priced at about Rs. 1500 and is available both online and offline. For discounts, check out this Flipkart book offers page.

Other books that can also be looked for are AN ERA OF DARKNESS THE BRITISH EMPIRE IN INDIA and Keeping the Jewel in the Crown: The British Betrayal of India

This review has been penned by Sorabh Singh who is a Content Analyst at Zoutons with an urge for creative writing. He is a strong believer of ‘work is worship’ philosophy and is a vital part of the content team at Zoutons.