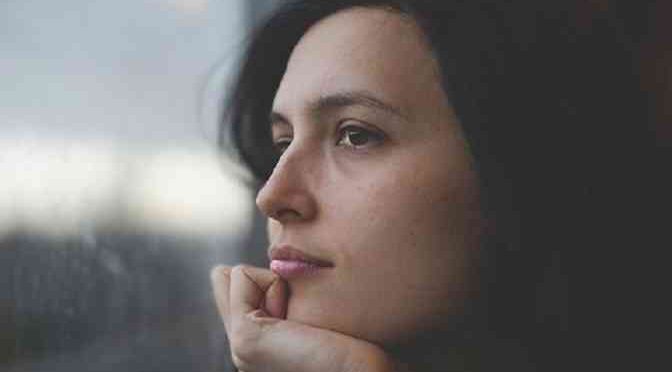 Whoosh! That’s how these 2 years went by. Someone has rightly said that when you are a parent, the days are long but the years are short. When I look back in time, a collage of memories flashes through my mind and it amazes me how far I have come as a person. Motherhood has been instrumental in making me much more responsible, righteous, sensitive and strong. I have experienced the highest level of euphoria as well as moments when I have been pushed to the brink. This roller-coaster called parenting has been full of learning and realizations. Some of the key things I have come to realize are probably quite obvious for the seasoned parents, but it took me 2 years to truly become cognizant of them.

They really grow fast – If we make a list of the most popular statements related to parenting, “Kids grow really fast” will perhaps take one of the top positions. However, during the inceptive challenging phases of parenthood, when you talk to someone about the hitches or the stressful times, it can be a tad bit annoying when you are asked to savor the moments instead as they grow fast. At that point, this is not what a new parent generally wants to hear.  You rather want to listen to something like “I know it is so hard. Hugs!” or “I totally understand your frustration. It will surely get better, hang in there.” Not that I never felt it before, but as I look at my 2 year old today, it has hit me like a tonne of bricks how fast she is growing. All parents have the desire to hold on to time at some point or the other but as the images of her as a newborn are popping up in front of my eyes, I have this strong urge to actually go back in time and experience it all over again. The hardships now seem like a dot in the bigger picture and bring a smile on my face. I am undergoing mixed emotions right now because it is a delight to witness my daughter grow beautifully but at the same time, I feel melancholic about the changes that will soon start taking place. I won’t be able to carry her anymore. The hilarious poop stories will not be a part of our discussions anymore. I will not get to hear the endearing baby talk anymore. No denying that every stage in a child’s life has its own fun elements but the heart-melting innocence of these initial years is special. I don’t want to let go, not so soon. But am also excited about the journey ahead. There is a deep sense of fulfillment, yet there is also a feeling of void. Sounds contradictory? Well, that’s parenting for you.

It’s important to accept the lows of motherhood – The glorification of motherhood often makes mothers feel guilty when they go through the motherhood blues. I personally know many women who were ashamed or scared to discuss their postpartum feelings and just bottled it all up inside leading to irritation or depression. I was no different and would end up accusing myself of being a bad mother when I went through low phases.  A major positive that occurred for me in the second year of motherhood was realizing and accepting that these low phases are normal and the best way to deal with them is to talk about them. I learnt to handle the trying moments by taking time-outs for myself, indulging in time-ins with my daughter, trying to do things that I love whenever time permitted and most importantly, by not rebuking myself over it. This has made me a better parent as it has resulted in much lesser frustrating moments. I have learnt to acknowledge that crying and the tantrums are a part of toddler-hood and are not in any way a testimony to my parenting skills. I have learnt to make peace with the mother in me. Today, I appreciate that am not a super woman and I understand I do not need to be one. This realization has made the journey sweeter and has made me a more confident mother.

Being a gentle parent works better – This actually intersects with the above point. I realized that being a gentle parent works better for me and my daughter. On the crazy days, when I am driven up the wall, I have had moments when I have bawled, screamed and also had the temptation to hit my daughter which I did resist.  However, with time I understood that all this yelling gets us nowhere and it only further escalates the grimness of the situation. My daughter howls louder or has a meltdown when I react this way. I have slowly learnt to avoid reacting at the heat of the moment by disconnecting for a few seconds or taking deep breaths. Being firm yet gentle is not easy but am grasping this skill gradually.

My child is not being “stubborn” if she is not listening to me – A common complaint of most of us parents is that “My child does not listen and is so stubborn”. I have realized over the course of the past year that my child will not listen to me always and that’s how it is going to be for a good duration of time. They are meant to be this way and it is OK. The little ones have a mind of their own and are individuals in their own right even at this tiny age. They will question, reason and will sometimes throw unreasonable tantrums. This is the way they grow, and it is too early to label them as “stubborn”.  We need to re-consider our own expectations of our child being an “obedient” child who always “listens”.

They will get independent sooner or later – This was a huge realization for me though probably it should have been evident. My daughter was always a kid who wanted to be around either me or my mother, and would not be comfortable with anyone else unless either of us was present. She has always been social by nature in terms of interaction but would not go to everyone easily. Many would label such a child as clingy and I used to always wonder whether she will ever be willing to be with anyone without me. What if I ever fall sick! And then one fine day, I did fall sick. I was so weak that I could not muster strength at all to play with her or even keep a watch on her. My husband was at office and I could not reach him, so I checked with a friend who very generously offered to take my daughter to her home. I took a chance and asked my daughter if she would be interested to go there, and to my utter surprise she jumped up excitedly and happily went and stayed there for a good while, not wanting to return. This is the same kid who used to refuse to be with anyone else even if I went to visit washroom or to another room for a minute. So, for all those who are advised not to carry their kids much or to push them to be with others so that the kid doesn’t become clingy or dependent – you do not need to do any such thing! Just follow your child’s cues. Cuddle them a bit more, carry them a bit more and squish them a bit more as they will get independent sooner or later, and it would be a task to even catch hold of them once that happens.

Motherhood is a journey and not a destination. We keep learning and growing till the last breath. I am looking forward to another eventful year with my toddler and am sure lots more adventures and realizations are in store in the coming year.