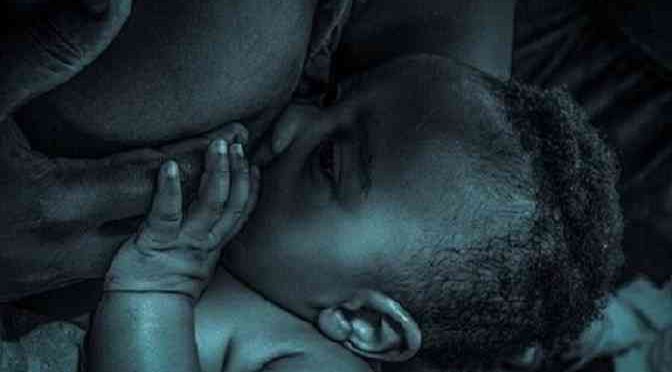 It was my 2nd week post partum when the discomfort had begun. My nipples were so sore and sensitive that I had lamented about not having the strength to continue breastfeeding in the presence of my lactation consultant. And here I am, writing about my breastfeeding journey of 3 years today! I don’t know if words can do justice to this journey which has been exigent and fulfilling, with steep falls and euphoric highs. But, it’s only these words which can prove to be cathartic for me in my current state of dishevel.

More than a year back, I had penned a blog post titled “Breastfeeding – The Natural Phenomenon That Does Not Always Happen Naturally”. Breastfeeding is as natural as it is a learned activity. Though nature has designed it to happen instinctively between a mother and a child, more often than not it takes practice and a number of permutations and combinations to get the position, latch and technique right.  Like most new mothers, I have had my share of struggles and moments of self-doubt in the first year of breastfeeding. It started with nipple sensitivity and soreness, and then when that settled down after figuring out the deep latch technique through online tutorials and forums, uncertainty about the adequacy of my milk supply crept into my mind due to frequent demands of feeds from my daughter. When access to the right support and information helped curb this apprehensiveness, my little one started teething and then began the biting and clamping which led to bruising and excruciating pain. I had to pump milk using a breast pump so that I could give my nipples time to heal and my mother would feed breast milk to my daughter through a feeding bottle. All these hurdles coupled with the fatigue resulting from sleep deficit and body ache bogged me down completely at that point. I had almost decided to give up on breastfeeding. The constant twinge, the feeling of being thwarted and the frustration came out in the form of tears practically every night. Then I happened to read inspiring stories of mothers who managed to breastfeed for years in spite of all the hardships on a breastfeeding support group on Facebook. Something changed after that. Something within me gave me the courage to carry on. I tried some hacks suggested by experienced mothers to reduce the biting and clamping, and gradually my tiny tot got the message and stopped doing it. By the end of our first year, breastfeeding had become a comfortable and effortless experience for both of us, and I decided to continue breastfeeding till the time my daughter self-weaned.

The funny thing about this world is that mothers are judged for everything – a mother who decides not to breastfeed her child is also judged and a mother who indulges in extended breastfeeding is also judged. And so with my decision to breastfeed my toddler, I got some tongues wagging. Some claimed to be genuine well-wishers whereas some claimed to be an expert in the field with absolutely no idea of the actual research done in this critical aspect of parenting. With so many deterrents springing up throughout our breastfeeding journey, I had to battle my inner turmoil on many occasions. My lack of confidence kept grappling with my will to provide the best I can to my child and am so glad that in due course, the latter won in this tussle.

As time passed, my daughter dropped feeds one by one, and we were down to just one feed in the night when I nursed her to sleep. That was when I thought that I should gently wean her once she turns 3 years old. A couple of days before her 3rd birthday, I casually asked my toddler if she would be alright if Mumma stopped breastfeeding her. I was taken aback when she agreed and said that since she is a “big girl” now, she would be fine with it. I should have been happy, no? Isn’t this what I had wanted during the times when I was experiencing throbbing pain or undergoing inconvenience due to breastfeeding? Didn’t I say during moments of exasperation that “I am waiting for this to end”? Then why was I not relieved when my daughter had made it so easy for us? That day, I smiled and told her that Mumma was only joking, and that I would breastfeed her till she wishes to be nursed. I made it sound like I was continuing for her, but the truth is that I was doing it for myself. I realized that my child was ready but I wasn’t prepared to wean her off yet. How could I be ready so easily? It was breastfeeding that helped me establish a unique connection with my daughter when I seemed to be clueless about everything else related to parenting. It was breastfeeding that brought out the inherent power and resilience from within me which I never knew existed. It was breastfeeding that turned out to be a saviour for me during distressing times of teething troubles and sickness. Breastfeeding was and will always be special because it is something exclusive to us – no one else can do it for her. It is OUR time, OUR moment and I just didn’t want to let go.

As I write this blog, it has been a few days from the time when my daughter turned 3 and it’s over now!

Is it really over? Yes, it is. She now nuzzles up to me and sets off into her dreamworld feeling comforted by the warmth of my skin. And me? I am feeling a sense of void, an agonizing emptiness which can never be filled. I have been an emotional wreck ever since; as if someone has snatched away my most valued treasure from me. I am going to miss the impishness of my daughter and her hilarious yoga-like positions while suckling her favourite food. I am going to miss the look of contentment on her face after a nursing session and most of all, I am going to miss the beautiful moments we have created through this roller-coaster ride which have now become memories. It seems like the end of an era but hopefully the beginning of new adventures as a mother.