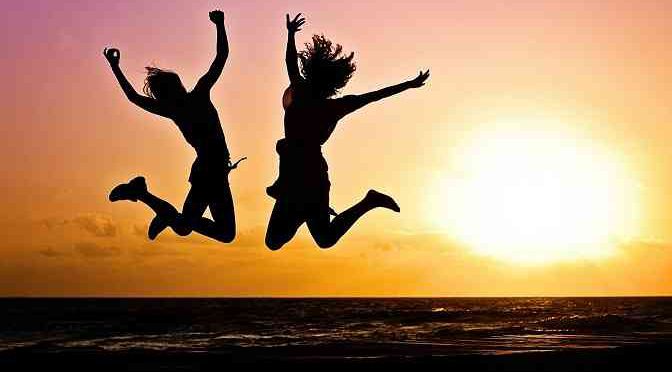 Recently, someone shared a blog on a WhatsApp group where I am a member. The writer had written a story about a woman who felt uplifted and empowered when she began to wear a bright red shade of lipstick. It was a beautiful depiction of her journey and some found the writing to be powerful.

However, there were many who felt that this was ‘trivializing something grave’ like ‘real’ problems faced by women and women empowerment, and triggered a discussion in which there was a flurry of “Feminists should focus on real issues” messages. This got my goat because this statement is not uncommon. Recently, a feminist platform had shared a post related to waxing shaming on social media and even there I could see a barrage of comments saying the same thing. It makes me wonder – would the world be a different place if we attacked patriarchy with the same vigour with which we put down feminism?

Here is my response to those in the group and to everyone else who also feels that feminists should focus on the ‘real’ issues.

Concept of ‘real’ problems faced by women – what are they?

I am tired of this narrative that feminists should focus on ‘real’ issues instead of nit-picking on matters which according to ‘you’ are trivial. Ok then! Let’s do this. I want to be a better feminist. So, please tell me which real issues you want me to focus on.

Ok. Let’s assume we ensure everyone irrespective of gender gets the same education and benefits. Then what happens? We become an equal world?

Do me a favour and read. Read how many ‘educated’ women get raped or tortured for dowry or disrespected and name-called for their independence.

The next real issue – Safety?

Let’s assume laws get tightened and we have fast-track punishment for perpetrators of sexual violence and abuse.

Does that change the filthy mindset that leads someone to violate a woman’s space and body? How does one solve this problem without getting to the root cause that is in the essence of our societal power structures? It’s like only working on applying an ointment on mosquito bites but saying let’s not talk about why are there so many mosquitoes breeding in the first place.

What next – Women’s Health?

I hope you agree it’s a ‘real’ issue as per your assessment criteria.

We can bring about reforms and changes in policies. We can talk about women’s health in every context. But how many women themselves take their health very seriously and work towards it?

You know why a lot of them don’t? Not because they are careless, but because they have been conditioned into being caretakers and nurturers which by default makes them put their health on the backburner. How does one tackle the deleterious attitude that puts women, especially mothers, on a pedestal making them sacrificing queens because it suits the patriarchal structure?

If everyday sexism and unfairness is not called out, how does one initiate dialogue around the subtle ways in which this structure gets cemented day by day, bit by bit? Why do we get so uncomfortable to disrupt this status quo? And most importantly, who decides the real issues?

Men deciding and defining the ‘real’ issues of women is nothing but patriarchy with a cherry on top. If you truly want to be allies, LISTEN. Else please stop pretending to be feminists of ‘real’ issues, because it’s a farce. If you truly had done your homework and had an idea of what feminism is, you would not be shouting about real issues in the first place. Because feminism stands for fairness and equality in a complete sense. Because when someone else decides what should make a woman feel empowered, it’s not empowerment.

Every voice matters. Every story matters. Every concern is a real concern. Every issue is a real issue. Every lived experience of patriarchy needs to be heard and addressed. Your ‘trivial’ is the cause of someone’s tears, angst, pain or struggle.

A system cannot be reformed without getting into the daily and the mundane. It trickles down to every possible space and has to be approached as a whole, not in silos. Please stop analyzing the feminism of feminists when you have no idea of what feminism stands for. You may criticize, refute, debate and disagree from a place of empathy and awareness. Dismissing and patronizing is definitely not the ethos of the movement!

// This post has been published by Women’s Web and can be found here. It also received an appreciation from Sona Mohapatra on Instagram which can be read here. //